Kuwait has executed a member of her ruling royal family for murdering his nephew among six other criminals hanged today. 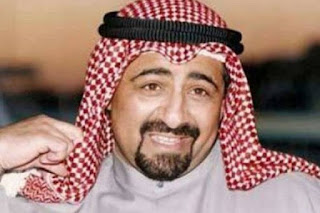 The two princes were sitting together when Shaikh Faisal told his nephew that he wanted to speak with him in private.

They left the room and moved away from the other people, who suddenly heard gun shots.
They found Sheikh Basil wounded. He died later at hospital while his uncle was arrested.

The Kuwaiti authorities ruled out political motives behind the murder, noting Sheikh Basil did not hold an official government position like Shaikh Faisal, who worked as a captain in the Kuwaiti army, the website said.

Royal Shaikh Faisal was on the list of hangings at the country's central prison, which included six men and one woman - two Kuwaiti nationals, an Ethiopian, a Filipina, two Egyptians and a Bangladeshi person.

The other six were convicted of a variety of offences including murder, attempted murder, kidnapping and rape.

The inmates received final visits by relatives or members of their diplomatic missions on Tuesday, MirrorUK reports.