See Who Just Came Out As Gay On Twitter (photos)


Mainstream rap has its first openly gay male artist, after Makonnen, the artist whose 2014 hit song “Tuesday,” hit the bigtime after Drake remixed it, came out as gay on Twitter. 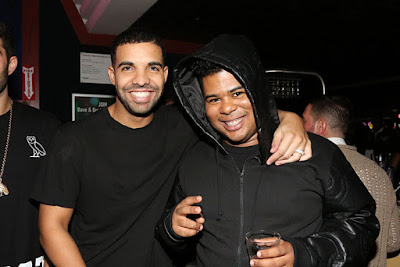 This happened on Friday in a series of tweets Makonnen shared on his Twitter page and later on Instagram. On Instagram, Makonnen added "Thank you for letting me be myself." 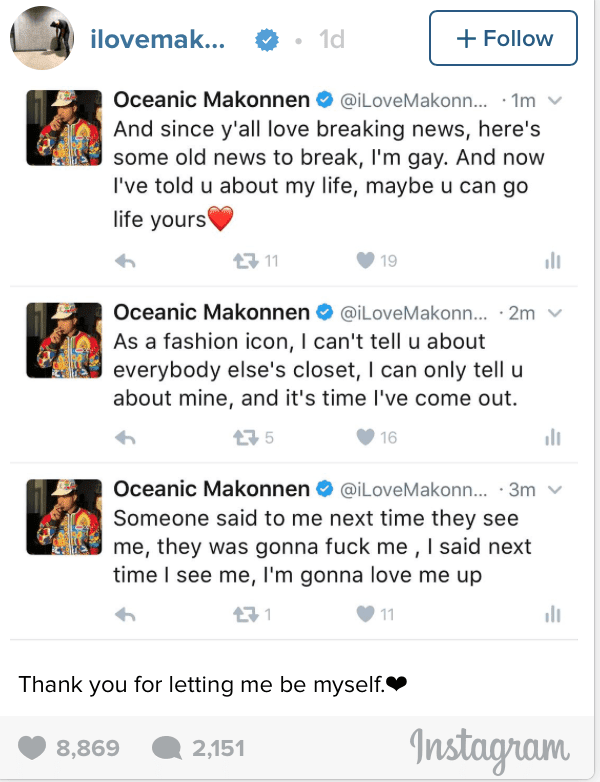 Makonnen, born Makonnen Sheran, made the announcement following years of speculation about his sexuality.

In 2015 he told The New York Times:
“The rap world thinks I’m gay. A lot of people out there do. They think I’m a homosexual, which is not a problem. I don’t want to say I’m gay, I’m straight, I’m bisexual or any of that, because that’s just… Who cares? All that’s doing is dividing us.”Makonnen came out after his ex-girlfriend began circulating rumours that she caught him in bed with a man.