Boxing world champion Anthony Joshua has been hit with a wave of shocking anti-Muslim abuse after he tweeted this picture of himself praying in a mosque. 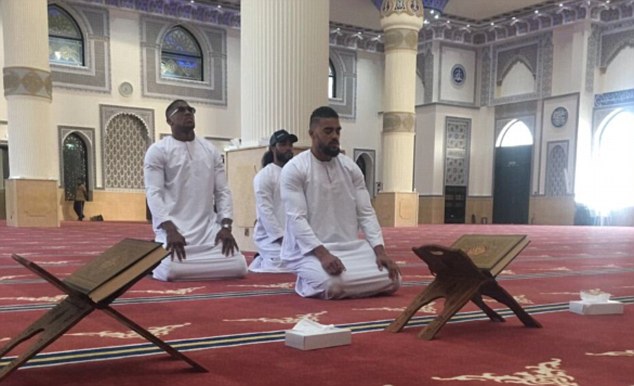 The 27 year old IBF heavyweight title holder is not a Muslim, and has previously said he doesn't follow any religion, but rather has an interest in them.

He had taken time out of his training, for his superfight with Wladimir Klitschko on April 29, to visit the religious building in Dubai. He captioned the photo:
'Besides luck, hard work and talent - prayer is a solid foundation. It was nice to join my brother as he led through afternoon prayer.'He was however, greeted with a torrent of criticism by so-called fans after sharing it online.  Read below.

Someone even called on the Prime Minister Theresa May to deport Joshua for praying in a mosque. Others said they would be supporting Joshua's opponent Klitchko. 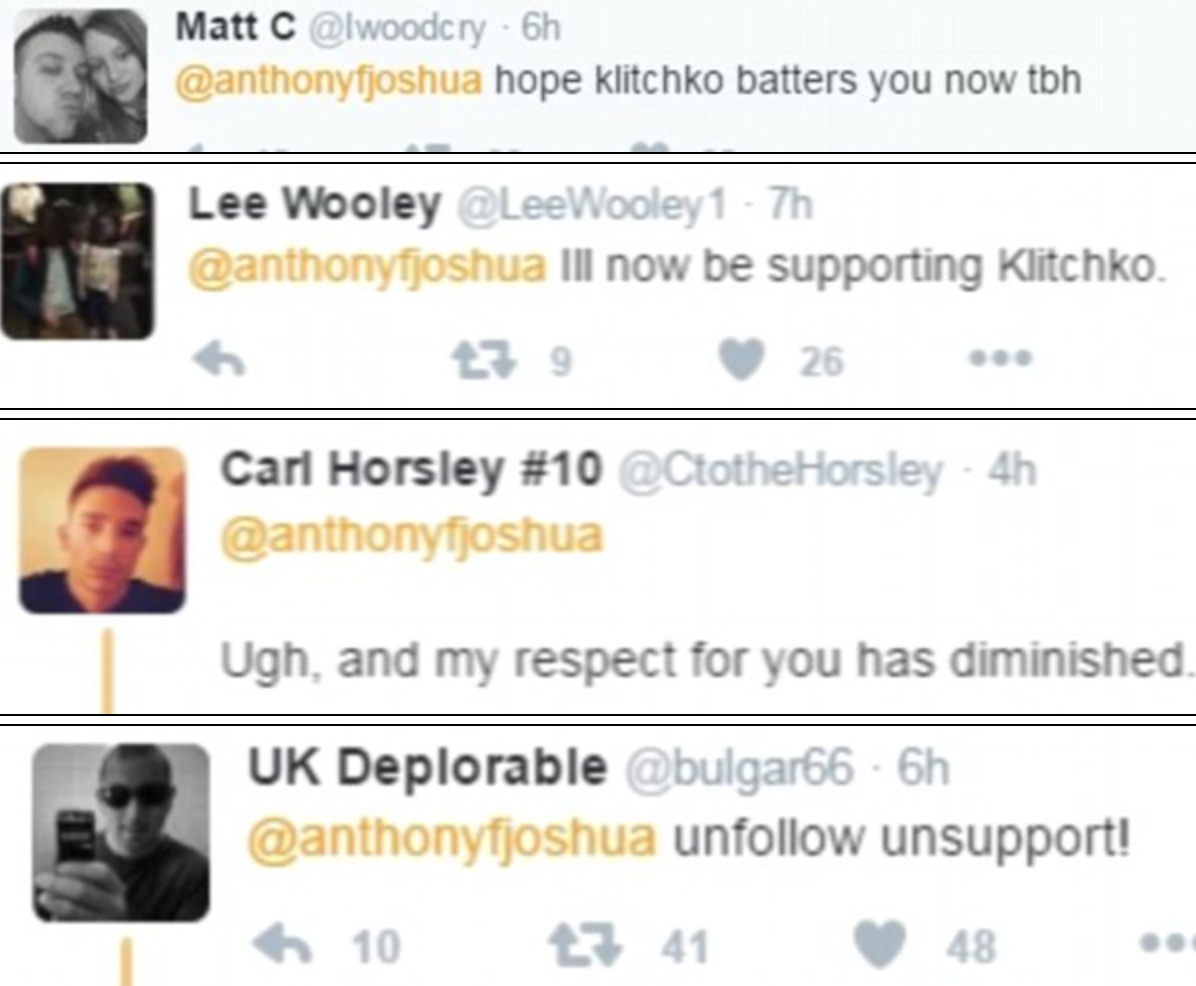 In an interview last year, Joshua said he was born a Christian but as he grew into his own man, he doesn't attach himself to a religion:
'I was born a Christian but as I've grown into my own man I don't attach myself to a religion - 100 per cent I have faith.  'I'm not going to dig anyone for their beliefs or anything like that, but I definitely feel religion is a big part of life, whether you believe in it or not, in everyone's day-to-day life religion's a big part. 'Prayer and so on, and beliefs, is definitely important to me.
'I don't have a preferred religion - I'd have to do research.