'If I Were A Man, I’d Have Been A Legend Long Time Ago' - Serena Williams


Serena Williams may not have achieved her goals in 2016, but her expectations is that she should be called a legend in the sport that brought her fame and fortune. 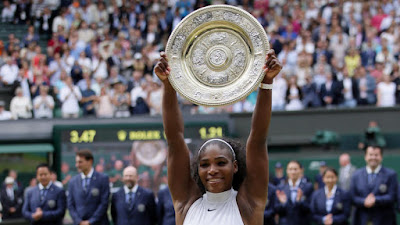 She reached three Grand Slam finals, but won only one in the follow-up to a year of such dominance and grace. Along the way, she lost her No 1 world ranking after 157 weeks, but she made up for that in a different, typically distinctive way. In an interview with ESPN’s “The Undefeated”, Serena said:
“I think if I were a man, I would have been in that conversation a long time ago. I think being a woman is just a whole new set of problems from society that you have to deal with, as well as being black, so it’s a lot to deal with — and especially lately. I’ve been able to speak up for women’s rights because I think that gets lost in colour, or gets lost in cultures. Women make up so much of this world, and, yeah, if I were a man, I would have 100 per cent been considered the greatest ever a long time ago.” Male athletes, including LeBron James and Colin Kaepernick, have not been hesitant to speak up about violent events or during the election cycle, but, as a woman and an African American in a sport long dominated by white people, Williams has had to overcome a self-preserving instinct to suppress her opinions.
“It’s very challenging because sometimes when things are blatantly wrong and blatantly unfair and blatantly racist or sexist, I just have to go and put on a brave smile and not let anyone know how I feel on the inside so they don’t get that satisfaction even though on the inside I would be dying,” Williams said.Along the way, Williams has, she says, come to “embrace” her appearance after being targeted by body-shamers around the internet. 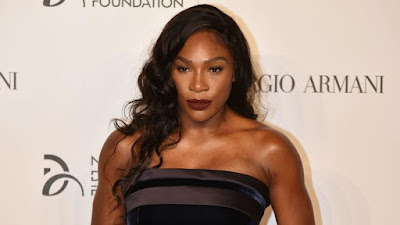 “There was a time when I didn’t feel incredibly comfortable about my body because I felt like I was too strong. I had to take a second and think, ‘Who says I’m too strong? This body has enabled me to be the greatest player that I can be.’ And now my body is in style, so I’m feeling good about it. [Laughs.] Like, I’m finally in style! It took awhile to get there. I’m just really thankful for the way I was brought up by my mom and my dad to give me that confidence. I could have been discouraged, and I wouldn’t be as great as I was because I would have done different exercises or I would have done different things. I totally embrace who I am and what I am.”Culled - ChicagoTribune