Aero Contractors is set to resume operations on the domestic routes this week following a four-month suspension of its flight services. 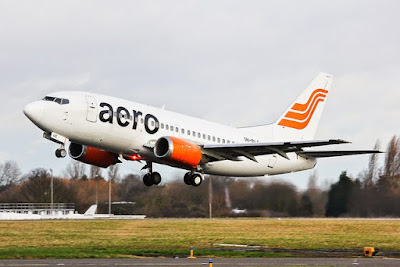 In August, the airline announced an indefinite suspension of all its scheduled services effective from September 1, 2016, and directed all its workers to proceed on indefinite leave of absence.

But industry sources and employees of the firm told Punch that the management of the carrier had
been meeting since the suspension of flights and that they would make an official announcement on the resumption of the operations this week.
“The management has promised to make a public statement about the resumption this week, because they’ve been making serious efforts to come back,” an official of the airline said.In August, Aero’s Chief Executive Officer, Mr. Fola Akinkuotu, explained the reason why the airline suspended its services, stating that the decision was part of the management’s strategic business realignment to reposition and return it to the path of profitability.
“This business decision is as a result of the current economic situation in the country, which has forced some other airlines to suspend operation or outright pull out of Nigeria. In the case of Aero, the airline has faced grave challenges in the past six months, which impacted its business, and by extension, the scheduled service operations,” Akinkuotu had said.