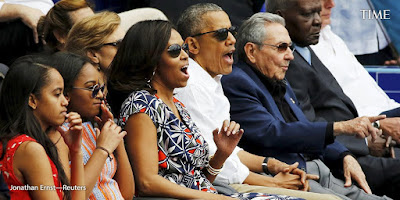 Her husband repeatedly used messages of hope in his presidential campaigns and during his time in office.

But US First Lady Michelle Obama has struck a much less upbeat tone in her last TV interview before the family leaves the White House.


“Now we’re feeling what not having hope feels like,” she said.

She called on women to rise up against him over his groping comments and denounced his campaign’s “hateful language”.

In turn, the Republican accused her of spending too much time campaigning for Mrs Clinton.

Mrs Obama does not mention the president-elect by name in the preview clip of the Oprah Winfrey interview, to be aired by the CBS network on Monday.

But she repeats previous assertions that the US needs “an adult” in the White House, saying the country’s president should provide stability and inspiration.

“Having a grown-up in the White House who can say to you in times of crisis, ‘Hey it’s going to be ok, let’s remember the good things we have, let’s look at the future, let’s look at all the things that we’re building…” she says.

“All of this is important for our kids to stay focused and to feel like their work isn’t in vain, that their lives aren’t in vain. What do we do if we don’t have hope?”

She says she believes the US public will come to appreciate Barack Obama’s impact with time, reports the BBC.

Mrs Obama is an unusually popular figure in America’s political landscape, with a favourability rating, measured by Gallup at 64%, that is significantly higher than that of Trump, Mrs Clinton, and her husband.

Oprah Winfrey endorsed Barack Obama for president in 2007 but failed to do so publicly in 2012. She urged voters to choose Hillary Clinton in November’s poll, saying: “You don’t have to like her… Do you like democracy or do you want a demagogue?”