Mr. Olawale Oladepo, father of Ifedolapo, the corps member who died, recently, at the National Youth Service Corps (NYSC) orientation camp in Kano, after a brief illness, has dismissed claims she died of kidney and urinary tract infection. 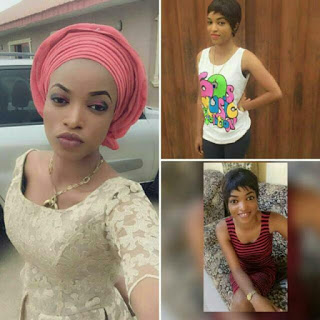 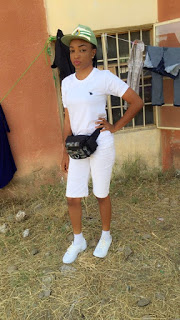 He challenged the investigation panel set up by the Presidency, to unravel the cause of his daughter’s death.
Oladepo who spoke for the first time since his daughter’s death, yesterday, told newsmen in Osogbo, Osun State capital, that Ifedolapo, first class graduate of transport management, from Ladoke Akintola University, Ogbomosho, left home for the orientation programme hale and hearty.

Asked whether the family would accept Ifedolapo’s remains to be exhumed for autopsy, Oladepo replied:
“The NYSC has never been engaged in any communication or written any letter to the family to consider autopsy. Nobody has contacted the family to exhume the corpse.”He said autopsy was the last step after the investigation panel set up by the Presidency had submitted its report.

Oladepo, who attributed the death of his daughter to negligence on the part of the NYSC, alleged that when she complained of malaria, the medical personnel at the camp clinic failed to give her prompt medical attention.

He also alleged that it was after they had administered some drugs on her some hours later that she developed complications, after reacting to the drugs.

Ifedolapo’s father also accused the NYSC of failing to take the deceased to a teaching hospital for proper medical attention but, instead, took her to Gwarzo General  Hospital, Kano, which, he said, did not have adequate medical facilities to attend to her.

He debunked NYSC authorities’ claim that the deceased died of kidney infection, and insisted that if his daughter had such medical challenge, she would not have been able to participate in any orientation session and would not have been able to send the pictures she took with her friends.
“I now wonder if a person who had kidney infection, as claimed by the NYSC, could participate and be so radiant in all the pictures she sent. She died out of negligence and the lackadaisical attitude of the NYSC. I wish to state for the umpteenth time that the cause of death as claimed by NYSC is simply contradictory,” he declared.Sunnewsonline adds that meanwhile, Chairperson of Osun State chapter of International Federation of Female Lawyers (FIDA), Olusola Ogunleye have demanded justice for the late corps member. She said legal help would depend on the outcome of the report of the investigation panel.