President-elect Donald J. Trump’s wife, Melania, and their 10-year-old son, Barron, will not immediately move to the White House after Mr. Trump takes office in January, out of concern for uprooting Barron in the middle of the school year, transition officials said on Sunday. 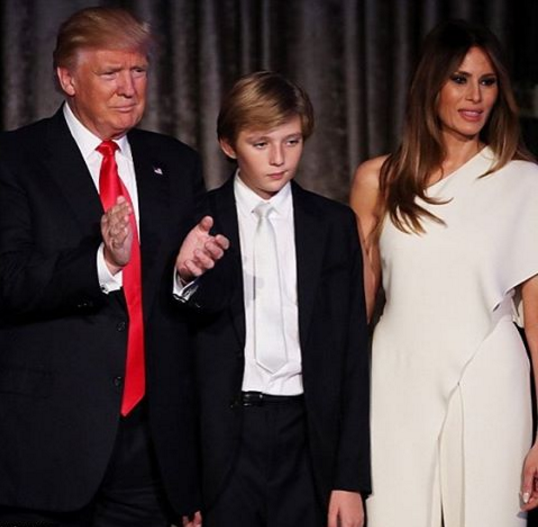 Ms. Trump and Barron will remain in New York for at least another six months, the officials said. Speaking to reporters on Sunday at his golf course in Bedminster, N.J., Mr. Trump said they would join him “very soon — after he’s finished with school.”


Mr. Trump said he would move to the White House. Still, with his family remaining at Trump Tower, the likelihood may increase that Mr. Trump will spend part of the week in New York.

Jason Miller, a spokesman for Mr. Trump, said, “No official statement has been released by the Trump family regarding transition timing, but like any parents, they are concerned about pulling their 10-year-old son out of school in the middle of the year.”

Mr. Miller urged that “the same privacy and security considerations given to previous first families with regard to minor children be extended to the Trumps as well.”

The New York Times previously reported that Ms. Trump was planning to move to the White House eventually but was concerned about disrupting her son’s routine. The New York Post reported on Sunday that she and Barron would not join her husband immediately after the inauguration.