Violence has broken out at anti-Trump rallies across America overnight as tens of thousands marched against the President-elect before angry mobs attacked police, started fires and shut down highways. 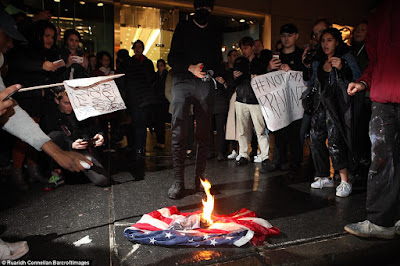 The streets of downtown Oakland in California were choked with smoke Thursday as police launched tear gas and protesters lit fires, in what became by some distance the most violent of the many protests against the election of Donald Trump.


More than 6,000 protesters were seen on the streets of Oakland with an initially peaceful march down a cop-lined street turning nasty after some protesters threw bottles at officers and torched a police car. An office block was also attacked, daubed with 'f*** Trump' graffiti and then set alight. 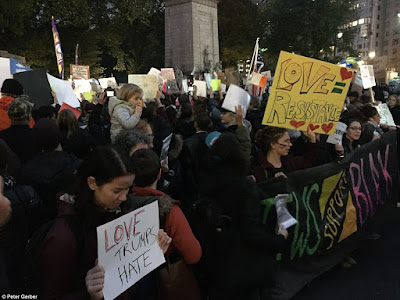 And thousands more filled streets in Los Angeles before taking over the 110 Freeway while other protesters gathered outside City Hall, lighting fires and waving Trump heads on sticks. There were 14 arrests. 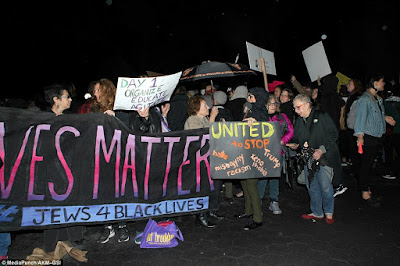 In New York, home of the President-elect, at least 30 people were arrested when cops cracked down on twin demonstrations in Columbus Circle and at Trump Tower. 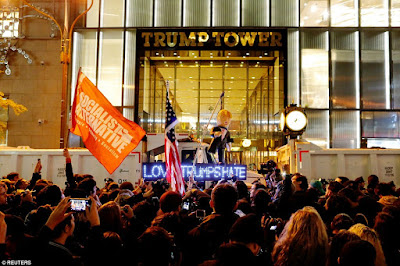 As many as 7,500 demonstrators were believed to have been split between the two locations, chanting 'Black Lives Matter' and 'Donald Trump, go away, racist, sexist, anti-gay.' 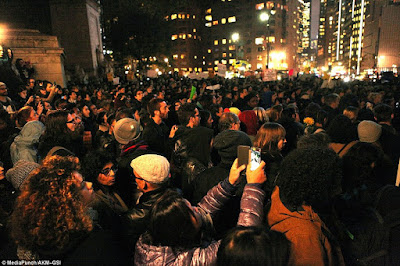 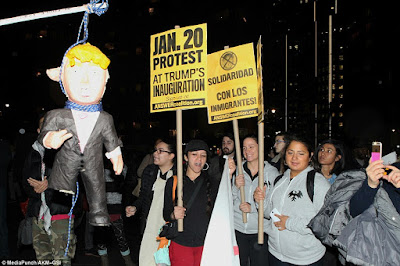 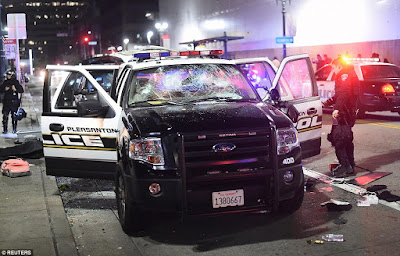 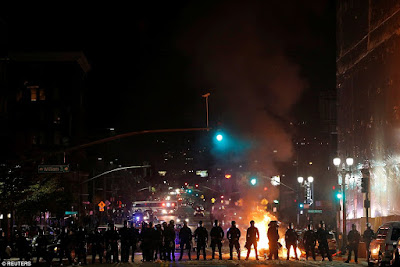 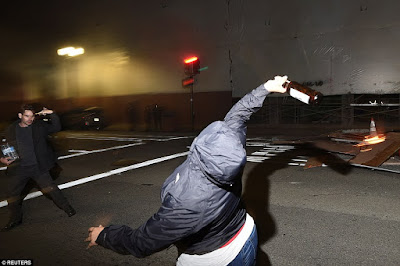 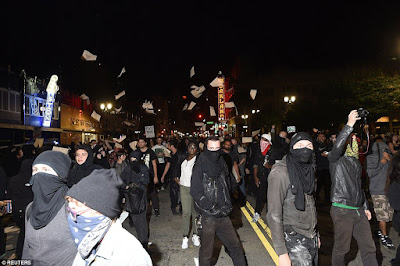 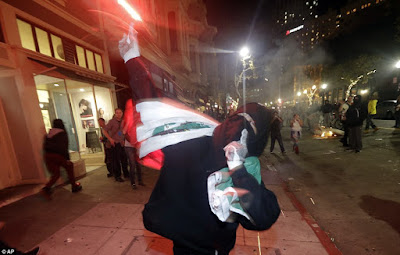 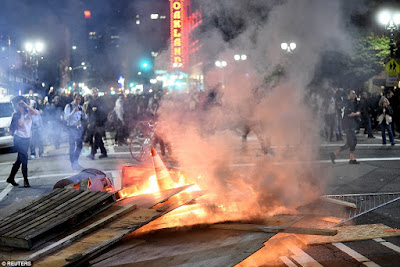