John Legend Reacts To The Outcome Of The U.S Election


A day to the U.S elections, John Legend urged his followers not to vote Donald Trump, that he is uniquely unfit for the office of president. He told them to vote for the exceptionally qualified candidate running against him, which is Hillary Clinton. 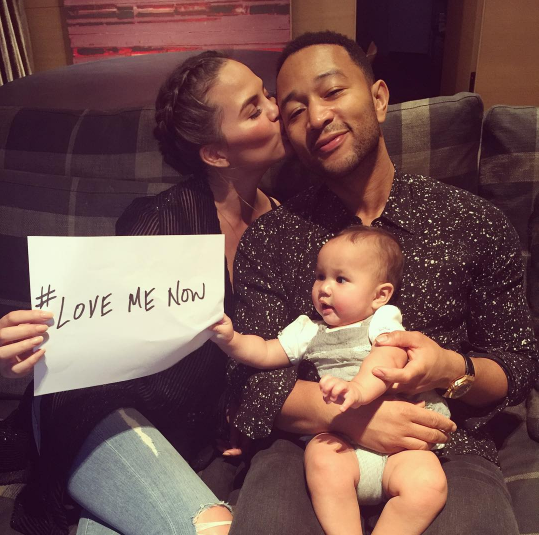 Well, the outcome of the election was shocking to him too. He took to his Instagram to say;

"It's been quite a time for the United States and the rest of the world as we all watched the election results come in early Wednesday morning. Some of us wept for our country. Some of us celebrated. Some of us are already taking to the streets in protest.  You all know how I wanted and expected the election to go. I wanted us to choose unity and inclusion over building walls and singling out ethnic and religious groups for hate and suspicion. I wanted us to choose progress over yearning for some long-lost mythical era when America was supposedly greatest. I wanted us to destroy the highest glass ceiling instead of electing an admitted sexual assaulter. But we did not. These are the election results and all of us will have to learn to deal with it. I will not give up though. I will continue to be aware and vigilant. I will continue to speak out for justice.  We didn't think about the election when we planned the release date for this song and video. But in this time of conflict and uncertainty, it's clear that we all need more love. I find it in my family and in my music. Embracing my family has made today full of love and light despite the bad news. But it's also important that we show love and empathy to people who may not look like us or live like us. Those who are marginalized and rejected, feared and left behind. The video premieres Friday and features a diverse group of people from all over the world. From Standing Rock to Iraq, from Orlando to the DR. Love is universal. We all need it. We all can give it. And it will ultimately win over hate. I have to believe that. If you want to join in our celebration of love, use the hashtag #lovemenow and send us a picture of you and someone you care about."